Last month through some miracle I finally won something, and lord and behold it was a serving of these ribs from Oh My Lard. It was meant to be, and one Saturday I journeyed there to get these delicious things.

Unfortunately my timing was all sorts of wrong and they’d sold out, this led to me trying their slow cooked pork knuckle. They roasted it for 16 hours then finished it in the deep fryer and smothered it with a Thai sweet chilli sauce.
Along with that hunk of meat was one of the best potato salads I’ve ever had to which I’ve since learned the recipe but can’t divulge the glorious secret.

On my second visit they were out again. I don’t know how but it’s like the universe didn’t want me to get those ribs.
This time round I had a serve of their fried chicken with slaw. Now if you know me I love fried chicken and I’ve done the leg work to know my shit, this was some of the best chicken I’ve had in a while; up there with the best in the city. Crispy, juicy and super flavorful, I implore you to get the sauce on the side to really enjoy the experience. 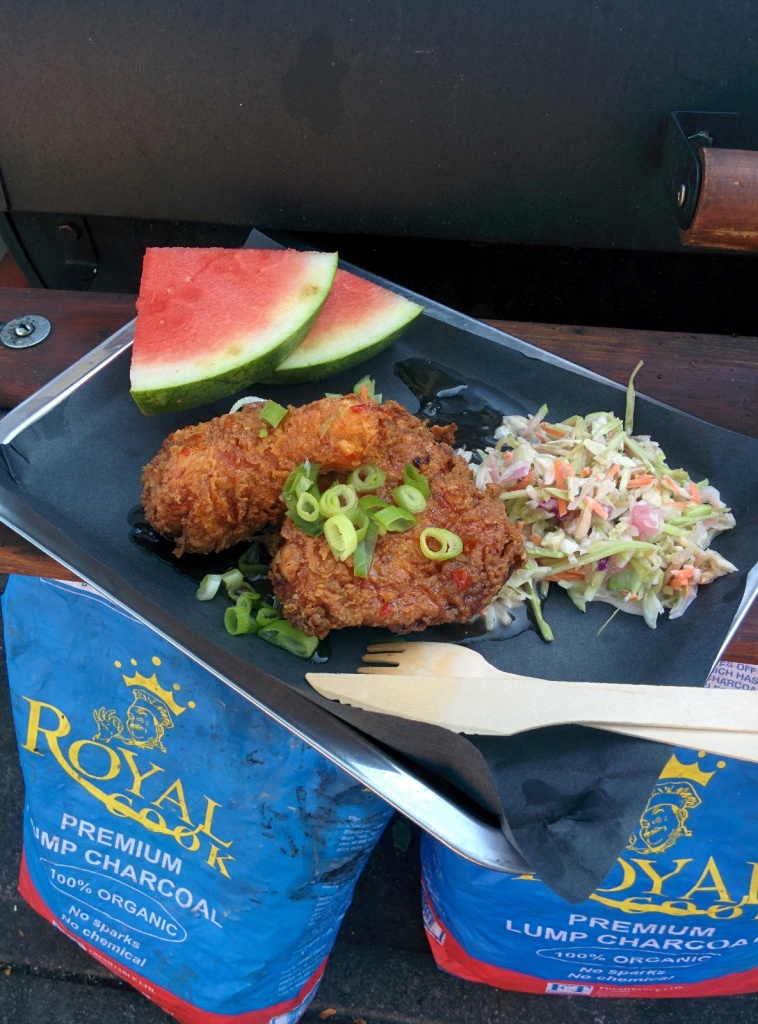 I went back a third time to try my luck and wouldn’t you know third time lucky is a thing.

I got a half rack smoked, grilled and glazed in their secret glaze. I was speechless, the smokiness was great and that glaze, I would bathe in it, FYI also goes great on their smoked corn, another must get.

Oh My Lard is putting out some great no nonsense eats with a really relaxed vibe.

Lately my life has been Adriel see, Adriel eat, particularly with Instagram; as soon as I see a dish I need to eat I mentally make plans to steer my friends towards the restaurant I want to eat it at, this specific time being Barrio Coreano and their special house ribs.

I apologise about the pictures; the red hue in the restaurant was unavoidable.

I ordered a fair few dishes on top of the ribs to round out dinner, their ceviche, the k-mex slaw, their confit chicken taco (the special for the day) and the shrimp tacos, my friend also ordered guacamole even though I told him it was stupid and a waste of money but people just don’t listen. 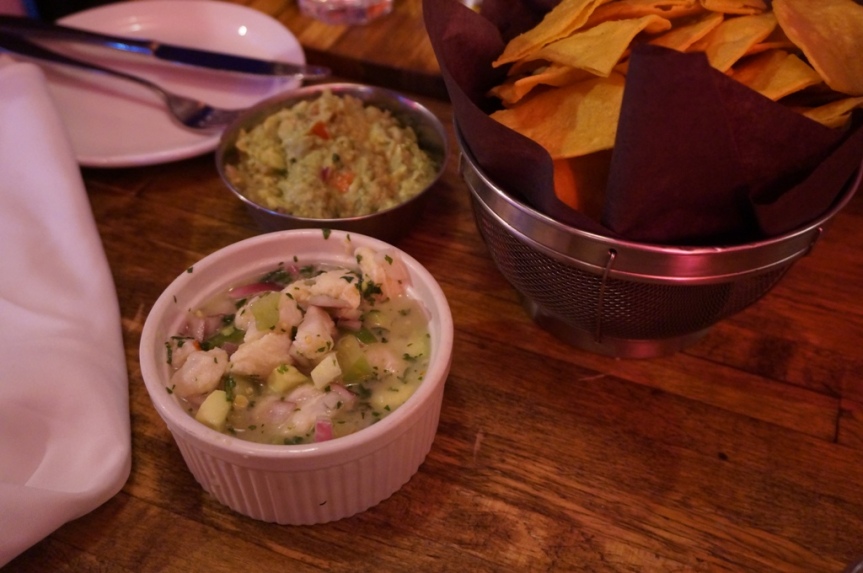 The ceviche and guacamole came out almost instantly and that is never a good sign. The ceviche was overly salty, overly watery and overly citrusy; altogether a bad dish, it was apparent that it was made and kept and plated when ordered, a sin when serving ceviche.

The guacamole was the same; pre made and just scooped into a bowl it was watery and flavourless and a waste of money exactly as I had predicted; guacamole is easy to make and should not be pre made anywhere unless it’s a fast food place. 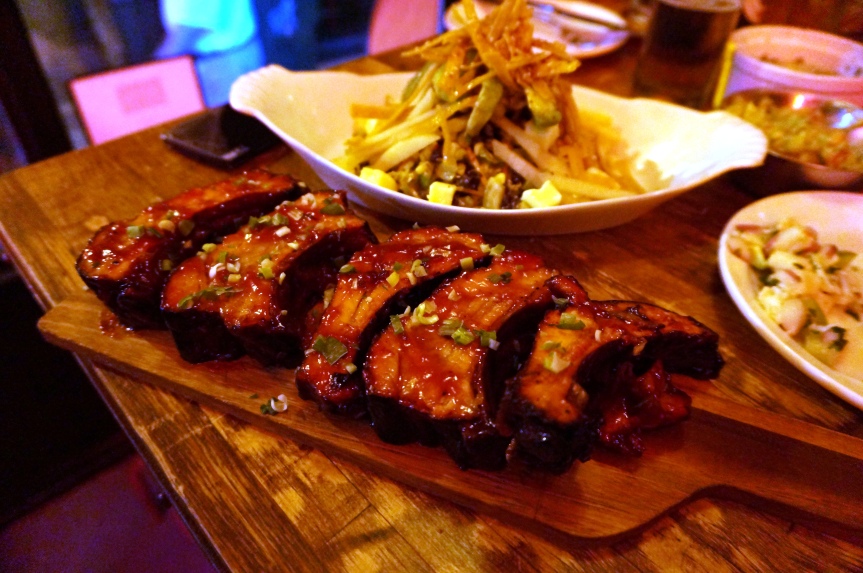 Thankfully the rest of the meal was better than the first impressions of the restaurant; the ribs and slaw came out next and they were both great, the ribs, fall of the bone tender with a flavouful and sticky sauce; while the slaw was a mix of various delicious ingredients that combine to be a great fresh and crunchy accompaniment to both the tacos and the ribs.

Surprisingly the last items out were the tacos, the shrimp first came out as the crispy taco’s with a huge topping of spicy shrimp and slaw, I really enjoyed these although they were messy to eat, the chicken was a soft taco; nothing overly special and probably didn’t need to be ordered in the end.

My overall experience was okay but I can’t say I’ll be going back at all.